In Source control Models we have two main Models – Centralized and Distributed – version controls, both have different advantages and disadvantages, lets quickly get through both models to get to know each one in a deeper details.

Centralized VC is based on the idea that we have only one repository (Copy of your Project) centralized in one computer which take the role of a server with multiple clients which connect to it to download a working copy of files making changes to it and then upload it back to the server after resolving conflicts if it occurred.

However think about enterprise projects with multiple geographical teams working on different modules of the projects, this would mean every developer will have to have connection to the server every time he needs to check-out, check-in a file, which result on heavy load over network not to mention relying on the internet.

What about if you have made a work around over a bug or feature and want to save a copy of it locally ?! 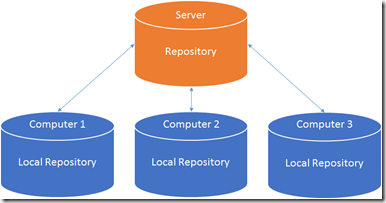 In distributed version control model whenever a developer clone server repository it means he gets a whole local copy of the repository to his machine, where he can now checkout files from local repository edit it and then commit it to his local repository and then push or pull to the remote server later when needed.

but what this gives us ?

Remember the flame war we used to have every time we discuss which gearbox is better than the other?

Manual(Standard) or Automatic Gearbox, its exactly the same when talking about Centralized verses Distributed, both has its advantages and disadvantages.

In previous version of Team Foundation Server we had CVCM, that what we loved and used, it allowed one Centralized repository, and worked great for large scale projects,

In Team Foundation Server 2012 Microsoft introduced Local Work-Space as an attempt to overcome CVCM disadvantage of not allowing working offline easily, by providing a way to work offline and enabling developer to edit, delete or rename files and delay informing the server of these changes until they get online, where server would discover pending changes and allow developer to resolve conflicts  and then safely commit his change-sets,

Local Work-Space allowed CVCM to have Edit-Commit model which allows developers to work offline, however CVCM couldn’t beat DVCM on providing the best offline experience. and on the other hand DVCM cant beat CVCM for providing best experience working with large scale projects.

So developer has to only pick one option and fight for it CVCM or DVCM just as drivers had to choose one options Standard or Automatic Gearbox,

Lucky drivers cars manufactures came up with a new gearbox which combine the advantages of the Standard and Automatic Gearbox ! and its called Steptronic !

And this is exactly what happened with Team Foundation Server 2013 !

Microsoft wanted to combine the advantages of CVCM and DVCM, and give the developer the option to not only choose which Version control model he want to work with but can also combine both (Using Git-TF) !

Picking up between TFVC and Git 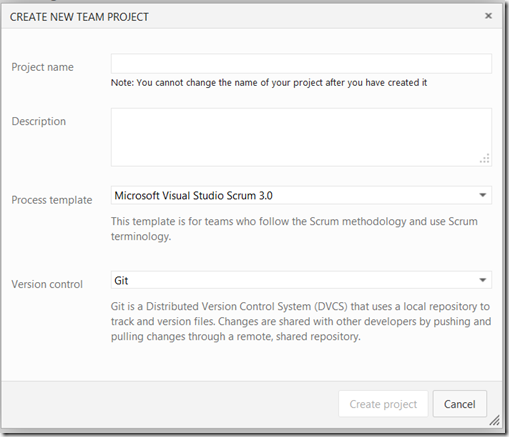 Team foundation server 2013 can host fully fledged Git Repository, which you can use any native Git Client to connect to it and work with it just as you do with regular Git Server like Git-Hub

As you can see you can still use the same process template to Git Team project not to mention the same tools you used and love inside Team foundation Server 2013 and Visual Studio 2013!

Visual Studio 2013 IDE can now be used to connect to any Git Server and act as native Git Client! 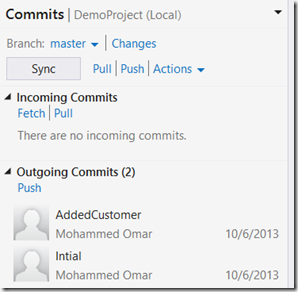 Using TFS2013 you can even have one enterprise Project with two teams working on different Version Control model!

Project 1 use Team Foundation Server VC (Centralized Source Control Model) while Project 2 uses Git (Distributed Version Control) both has no awareness if the other team is using different model,  as Git-TF can be used to Sync between both repositories!

every and each developer is free to use the IDE he likes! and the platform he likes !, think of how this will help with projects with different teams background and different platform!

It Doesn’t matter if you are a java developer on Windows or on Mac or an IoS developer you can use the IDE you like and used to and be part of an enterprise geographical project using Team Foundation Server 2013!